Eugene has a keen interest in DIY and gardening. Over a 30 year period he has also become self taught in garden power tool maintenance.

How to Connect Up a Hose

This guide shows you what fittings you need to connect up your garden hose to an indoor or garden tap and also how to attach it to spray nozzles, sprinklers, pressure washers and coiled hoses.

As you're probably aware what's called a faucet in the US and Canada is known as a tap in the UK and the rest of the world. There are also some other regional variants in naming these fittings:

What Is the Thread Size of Garden Hose Fittings?

The United States, its territories and Canada:

The UK and the rest of the world:

Does Thread Size Refer to the Actual Diameter of the Thread?

What Size Is a Garden Hose?

How Do You Measure the Size of a Hose?

Types of Fittings on the End of US and UK Hoses

Fittings differ somewhat between the United States and the United Kingdom. In the US, typically a 3/4" female threaded fitting is crimped to the end of the hose that connects to the bibcock, allowing it to be simply screwed on. The other end of the hose that connects to the spray head has a 3/4" male threaded fitting. Quick connect adapters can also be screwed to the bibcock, spray nozzle or either or both ends of the hose to make the system push fit. There's also more flexibility in the gender of fittings to allow mixing and matching of hoses and accessories to other hose systems. So for instance an adapter/coupler can be male/male, male/female, female/female, male/quick connect or female/quick connect.

In the UK, threaded fittings are normally not crimped onto the end of a hose and instead, it usually comes supplied with quick connectors fitted.

The older system before quick release connectors were invented involved attaching spray jets, tap connectors, and hose joiners to a hose and hand tightening the fitting onto the hose with an integral threaded knurled (ridged for grip) plastic ring. If for instance the hose needed to be connected to a power washer or other accessory, or an additional length of hose, the fitting would have to be replaced. You can still buy these fittings, but they are not as widely available nowadays as quick release types.

The quick release, push-fit hose connection system produced by Hozelock, Gardena and other manufacturers is a lot more convenient because hoses can be easily attached to taps without having to screw on connectors. Also, various accessories such as sprinklers, power washers, extra lengths of hose, branches and spray jets can be quickly added or removed as necessary, even with the water turned on.

Use a round tap connector with a quick release outlet. Hoses then need a hose end connector fixed on the end that can be push-fit onto the connector on the tap fitting. Depending on the manufacturer, there are several types of these tap connectors. In the case of Hozelock fittings, there is a version for standard round and oval taps up to 18 mm, one for mixer taps up to 24mm diameter, one for short spout square/round mixer taps and the fourth type for mixer taps with an external male thread (used for an aerator).

Once you have one of these fittings attached to your kitchen tap, you just push fit the hose end connector onto it.

How to Connect a Hose to a Garden Tap (Bib, Spigot, Faucet)

Garden taps in the UK have a 3/4-inch BSP threaded outlet. In the USA, bibcocks generally have a 3/4" GHT outlet. There are two options for connecting a hose:

Some taps have 1/2" BSP threads. A reducer adaptor insert is available which screws inside a 3/4 threaded fitting. (Sometimes these are supplied with the connector). Tap connectors are also available for 1" threaded garden taps.

A Garden Tap Has a 3/4 Inch Threaded Spout

Option 1: Use a Barbed Threaded Tap Connector For Connecting a Hose to an Outside Tap/Bib

If you need to replace your garden bibcock, this is Amazon's Choice for an outside faucet with Sharkbite fittings. The 3/4" GHT - 1/2" NPT bibcock can be quickly connected to house pipework by anyone, even without plumbing skills because it has a Sharkbite push fitting connector for connecting to copper, PEX, CPVC, PE-RT or HDPE plumbing. So no wrenches are required. Just cut the pipe square and push into the Bib. (a non-return double check valve is also necessary in the plumbing feeding the spigot to stop contaminated water flowing back into your home).

How to Connect More Than One Hose to a Tap

Turn of your tap/bibcock and ideally disconnect your hose pipe when not in use to avoid contamination of your home water supply by legionella and other harmful bacteria.

How to Connect a Spray Jet

Can You Connect Two Hoses Together?

If the end of one hose has a male threaded connector and the tap connector on the other is female threaded, they can be simply screwed together if the threads have the same diameter and pitch. Alternatively, you can use the push fit connectors of the hose

twitter announced today that it will be removing its implementation of stories dubbed “fleets.” the feature was either loved or hated by twitter users since its initial release last year.

this short-lived feature, which was released in november of last year, will be removed on august 3. twitter acknowledged the controversial nature of the snapchat/instagram clone with the farewell tweet. notably, there was no fleet from the main twitter account announcing the departure of the feature, only a standard tweet.

in the goodbye, the company said it is working on “new stuff.” one can hope that they add the ability to edit tweets, in addition to the new edit audience and monetization features.

in a more detailed blog post, twitter shared that it hoped fleets would make people more comfortable posting onto twitter. as fleets disappear, some of the fleet creation features, like gifs and stickers, will be implemented into the standard tweets composer.

check out 9to5mac on youtube for more apple news:

you’re reading 9to5mac — experts who break news about apple and its surrounding ecosystem, day after day. be sure to check out our homepage for all the latest news, and follow 9to5mac on twitter, facebook, and linkedin to stay in the loop. don’t know where to start? check out our exclusive stories, reviews, how-tos, and subscribe to our youtube channel 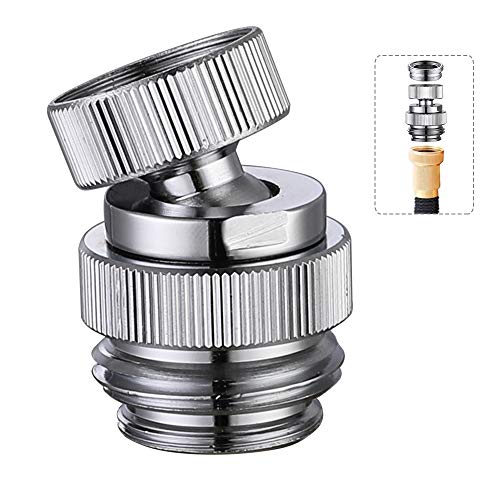 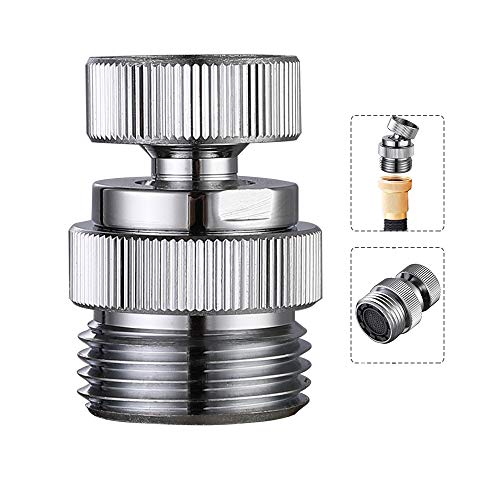 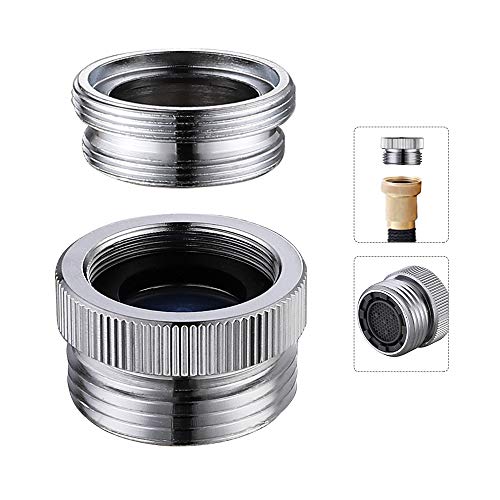 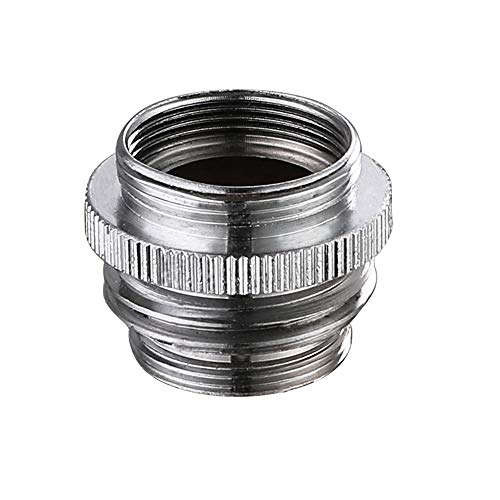 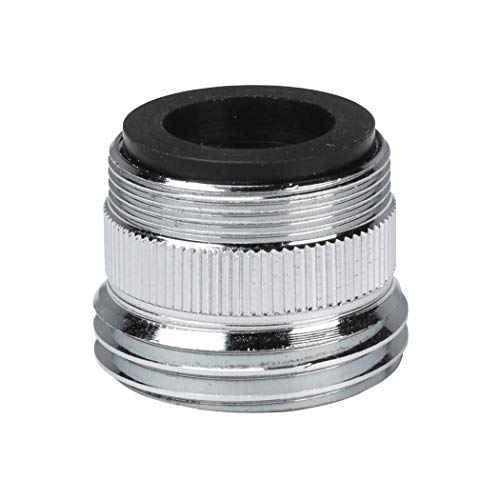 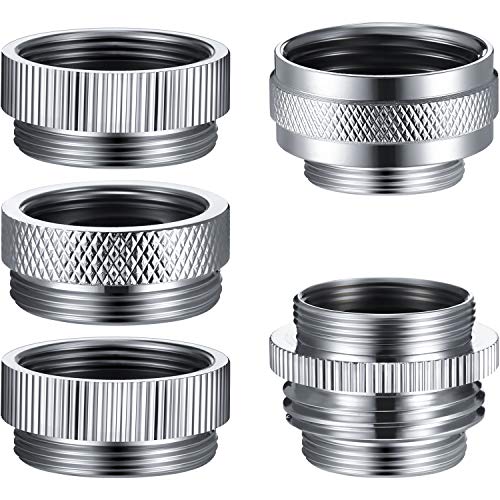 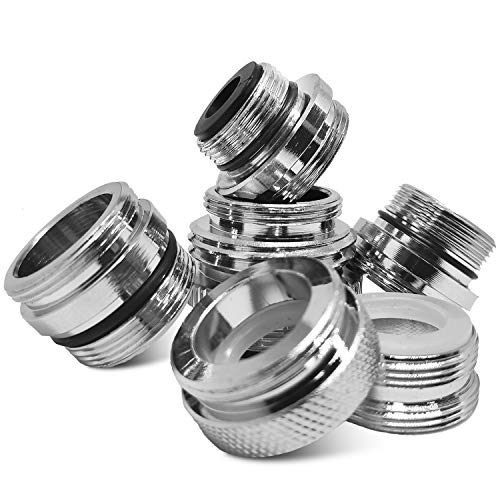 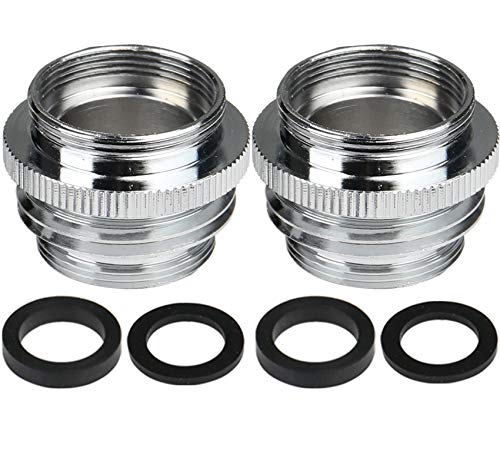 How to Attach Your Garden Hose to the Kitchen Faucet

The kitchen faucet can be a great source of water for your hose, whether it is for gardening purposes or washing. However, if you have ever tried to connect a hose to your kitchen faucet, you have likely seen that it just does not fit. Luckily, you do not need a ton of fancy equipment and technical know-how to get your garden hose attached to your kitchen faucet. This short and simple-to-follow guide will explain exactly how to attach your garden hose to the kitchen sink in as little as five minutes.

Get the right size thread adapter on Amazon.

A thread adapter is a small device that, on one end, is threaded to fit your kitchen faucet while on the other end, it is threaded to fit your garden hose. Before you go out to purchase one, figure out what kind of faucet you have, if possible. While a lot of faucets have the same sized hole, some do not. The adapter should cost you no more than five to ten dollars and can be found at just about any hardware store.

Your faucet should have some sort of fitting underneath where the water comes out. If so, you will need to break this fitting and pull it out. The fitting usually consists of a simple rubber stopper and is oftentimes easy to remove by hand. Sometimes though, on older or more difficult faucets, a pair of pliers may be required to break the fitting.

Carefully screw your thread adapter into your kitchen faucet. Take extra care not to cross-thread or try to force it in. If it is the wrong size, forcing it will only damage the product beyond being able to return it and may damage your faucet, too. Once the thread adapter is in nice and snug and fully screwed in, you may move on to step four.

The next thing you will want to do is attach your garden hose to the newly installed kitchen faucet thread adapter. To do this, simply screw one end of your hose into the adapter while it is on your sink. Again, be careful not to cross-thread so as to not cause damage to the thread adapter or your garden hose. Now the simple process is complete and you are ready to use the hose as soon as you turn on the kitchen faucet.

Tip: Keep your receipt for the thread adapter. Until you get home and try using it, you may never know whether or not it will fit your sink and hose. If you keep your receipt, you can usually return the product so you don’t have to pay double when buying another.

When you purchase through links on our site, we may earn commissions at no cost to you.

Sours: https://www.yeggi.com/q/kitchen+tap+hose+connector/
HOW TO CONNECT HOZELOCK TAP MIXER CONNECTOR WITH NO WATER LEAKAGE

Broadbill,
I did stir, and swish, and wiggle; I might have even boogied down a little. But, alas, the increased contact didn't get me down to my average chilling time with an ice bath.

The copper is brand new (shiny) and the input hose was only about 8' long, so it can really only be the amount of water the cheap aquarium pump was pushing through. It says it is rated at in the hundreds of gallons per hour (don't have the specs in front of me), but I find it hard to believe based on the pencil size stream I had running into the sink from the faucet to maintain the water level. However, I will say that even at that volume, the coil was taking out a lot of heat in the beginning. The output hose was too hot to touch for a couple of minutes.

Getting a bit off topic - I'm not sure I like the coil chiller much because of the cleanup required. First you have to blow all the water out of the coils. Which either means turning it upside down in the sink, and/or blowing it out with an air hose or my lungs. Then, that is a lot of surface area to sanitize. Again, not a huge deal, but it does require a decent size sink or bucket with StarSan to rinse everything off. On the plus side, it definitely is easier to just drop the coil in the pot and start cooling, as opposed to hauling downstairs to my deep sink. If it were a clear win with the time to cool I would be more excited. I'm sure I'll try it again soon, with a bigger pump and get used to the new routine.

I have a very good family. Why tempt fate. Physically, you are perhaps better than my husband, but you are far from his inventions. But the whole thrill lies precisely in them, - with a mysterious smile, she finished and began to make her way. To the exit.

Be your girl lyrics kaytranada